I don’t wish to link every single movie I review to current events, but I was curious coming into Karel Zeman’s The Fabulous Baron Munchausen (Baron Prášil) to see how it would play in our post-truth world. Here is a beloved literary and cinematic character whose tall stories have enchanted people for over two centuries. But let’s face it, he’s a bullshitter, brazenly embellishing tales of his own amazing feats while deriding his rival as a fantasist – would Munchausen seem so charming in a world where Donald Trump constantly does the same thing, albeit with much less elan? Nowadays our social media feeds are bombarded with stories of people who, not liking the facts, make up their own and then vociferously rage at their opponents as liars. Against this backdrop, can we listen to any more bullshit on our free time?

Thankfully yes, but I’ll come to that later.

Zeman starts by bringing the Munchausen tale right up to date with a moon landing, and astronaut Tony (Rudolf Jelínek) discovers that he’s not the first to arrive – footprints lead to an old gramophone and a bullet-shaped capsule straight out of Jules Verne’s From Earth to the Moon. He’s greeted by some gentlemen in 18th century clobber who don’t seem phased by lack of oxygen, along with Cyrano de Bergerac and Baron Munchausen. They mistake Tony for an inhabitant of the moon, and the Baron decides to take him to earth to show him how things are done down there. Travelling in a galleon drawn by flying horses, they splash down in 18th century Constantinople, where their fanciful journey begins…

Narrated by the Baron himself the film plays out as a series of unlikely adventures, some of which were recreated in Terry Gilliam’s expensive flop The Adventures of Baron Munchausen. Gilliam acknowledges Zeman’s film as inspiration for his bloated adaptation, which runs a full forty minutes longer than Zeman’s and seems to contain much less. I’d be interested to know if Zeman’s work also influenced Gilliam’s earlier animation style because some scenes could’ve passed for his bizarre cartoon skits in Monty Python’s Flying Circus.

After rescuing the beautiful Princess Bianca (Jana Brejchová) from the Sultan’s palace, the gang defeat a fleet of hundreds of ships, get swallowed by a giant fish, and so on. It’s all very amusing, but by its very nature isn’t terribly engaging – it’s bullshit from an inveterate bullshitter, so by definition it has no substance to it. The total lack of substance is the main reason why it doesn’t chafe with today’s post-truth world, or reality in general for that matter – it is pure fantasy. It’s utterly charming, but I like my fantasy to have some friction, some basis in reality, or else reflect my own reality in some way. Your enjoyment of this film, beyond the riot of imagination on display and Miloš Kopecký’s marvellous performance as the eponymous Baron, will depend largely on how much you’re prepared to unhook your brain and just immerse yourself in the spectacle. 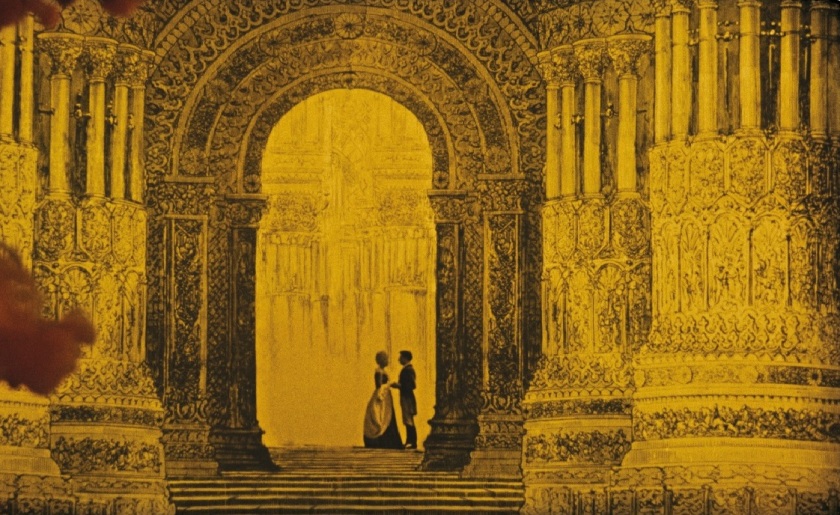 The main reason to watch this film is Zeman’s incredible special effects. Initially they look a bit creaky, and it took me a few minutes to realize that he wasn’t attempting any form of realism – Zeman is deliberately evoking the pioneering effects work of the visionary George Méliès, particularly A Trip to the Moon. Later once we’re in the Sultan’s palace, Zeman’s beautiful hand-drawn scenery is a deliberate nod to Gustave Doré, whose indelible illustrations provide us with the definitive image of the Baron.

Visually the film is incredible, and at times the sights and the flights of fancy are mesmerizing. Filmed in black and white but strikingly colourized with bright washes, there are also sequences, such as the Baron defeating dozens of the Sultan’s guard, which are almost trippy in their expressionistic shorthand. In some instances, there seem to be four or five different types of visual trickery going on in one shot, and Zeman brings them together to entrancing effect. Some of it looks very creaky by today’s standards, and even by the standards of his contemporaries – the stop motion is nowhere near the quality of the work Ray Harryhausen was producing around the same time. However, the overall effect inspires nothing but wonder. 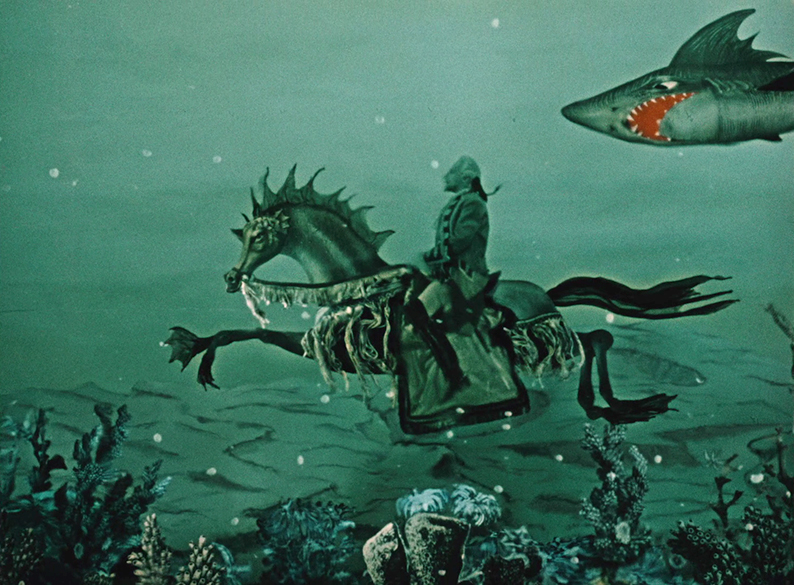 Beyond Zeman’s incredible effects, there is great work from Kopecký as the Baron, who does a great job of making the unflappable braggart strangely sincere and even soulful in parts. Thanks to Kopecký’s performance, we have no doubt that at least the Baron believes what he is saying.

More could have been made of the Baron’s relationship with Tony, which would have given the film more substance. From the Baron’s perspective Tony is from the future, and vice versa, so if the screenwriters had delved more into that aspect they would’ve found plenty to play with. Consider Back to the Future – Zemeckis and his co-writer Bob Gale never missed an opportunity to play Marty’s fish-out-of-water scenario for maximum humour, character development, pathos and drama. Unfortunately, Tony doesn’t get much of a say, and is far more of a bland handsome sidekick to the colourful Baron, like Orlando Bloom to Johnny Depp’s Captain Jack Sparrow in the Pirates of the Caribbean movies.

So how does The Fabulous Baron Munchausen stand up in a post-truth world? Pretty well indeed, because its complete departure from reality makes it strangely impervious to any modern-day context, and in that sense, the film feels timeless. And that’s no lie.

Feel like you should have a copy of The Fabulous Baron Munchausen in your collection? Then fear not, Amazon has got you covered! Just hit the cover art below: