You can watch Gangster Ka right HERE with our View on Demand partners Eyelet!

The first thing you’ll become aware of while watching Gangster Ka is that people talk about money. A lot. And by a lot I mean all the time – in the first half an hour, I was so bombarded by characters I’d barely met talking about large sums of cash that I considered breaking out the abacus to help keep up.

Of course they do, but it got me thinking about how true classics of the gangster genre aren’t really about money at all. Take Goodfellas, for example. There’s plenty of cash floating around throughout the movie, and at one point some characters pull off a lucrative airport heist. Yet while our protagonist Henry Hill sure enjoys the money, it’s the life of a gangster that he’s addicted to. And, through his eyes, we are too.

The main problem with Gangster Ka is that it thinks the most interesting thing about its protagonist, Radim Kraviec (Hynek Čermák), is how much loot he’s making through his various scams. Ironically, this preoccupation with cash really cheapens an otherwise routine crime thriller.

Kraviec, based loosely on the real-life crime boss Radovan Krejčíř, is a mobster from Ostrava who heads a gang of Albanian criminals. Deciding the city is too small for him, he sets his sights on Prague and wastes no time hustling his way into some big scores, such as taking over Čepro, a company that owns the whole country’s fuel supplies. Along the way, he double-crosses the capital’s established kingpins, Milota (Miroslav Etzler) and Sivák (Alexej Pyško), and gains a glamourous wife, Sandra (Vlastina Svátková). His next goal is muscling into politics, with a view to getting the future Prime Minister in his pocket.

Things quickly go south when an associate informs on his plan to make his 3 billion Čepro tax bill disappear, and Kraviec finds himself doing porridge while his lawyer and his loyal lieutenant Dardan (Predrag Bjelac) busy themselves bribing judges to ensure his quick release. Meanwhile, Milota and Sivák realize it’s the perfect time to seek revenge… 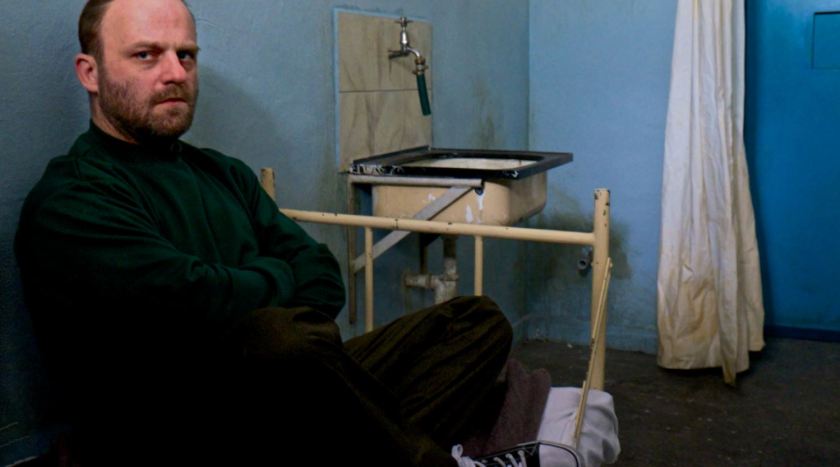 Gangster Ka is intermittently successful as a crime thriller, only really finding its feet after the bewildering first act, when a lot of exposition is dumped by identikit tough-guy actors in bad leather jackets, and Dardan’s gravelly voice over. This exposition-heavy segment is even worse in subtitles, especially when half the dialogue is sums of money.

Perhaps part of the problem is that Gangster Ka was split into two chapters, released in cinemas a few months apart. While this first instalment certainly works as a standalone movie, its relatively short running time means there’s a lot of set up to dash through before we get to the more interesting gangster stuff. As a result, it’s a slog until it eventually pulls itself together in the final act.

Worse still is the lack of style and character. That’s the trouble when entering into a genre arena dominated by the likes of The Godfather and Goodfellas – your movie will invariably end up compared to them. Much better films than Gangster Ka get battered to a pulp in that fight. The kindest thing you can probably say is that it clearly owes a debt to Scorsese’s mob masterpiece in its voiceover-heavy script and editing, and doesn’t completely embarrass itself – it just suffers from a dearth of style and a preponderance of instantly forgettable, thinly drawn characters.

Čermák just about holds his own as Kraviec but is a charisma-free screen presence. His stocky swagger recalls gangster icon James Cagney but facially he looks more like Andy Bell from the 80s pop duo Erasure, and about as threatening. There’s no room in the script for any psychological profile, or why he’s so committed to clambering his way to the top, other than he wants to become very, very rich and powerful. Acting-wise, the best performance comes from Bjelac as Dardan. With his weathered features and natural aura of menace, he’s the one person on screen who could realistically play a bit-part in a Scorsese epic.

The guilty pleasure of a good gangster movie is the audience’s ability to enjoy the thrill of being a villain vicariously. Gangster Ka lacks in that department, only making me glad that I’m earning a living honestly and paying my bills like all the other regular schnooks. Perhaps a closer re-telling of Radovan Krejčíř’s exploits would have been more successful, like the similarly themed Kajinek. While that movie was no masterpiece, it certainly did a better job of depicting the infamous “Wild East” days of post-revolution organized crime in ’90s Czech Republic.

All that said, Gangster Ka just about does enough in its final third to make me mildly curious about what will happen in the second part, Gangster Ka: African. Who knows, maybe it will pull together all the strands and offer a superior mob sequel, like The Godfather: Part II…

This article was originally published by the Prague Daily Monitor.

If you enjoyed the review and want to check out the film, you can watch it HERE with our View on Demand partners Eyelet.