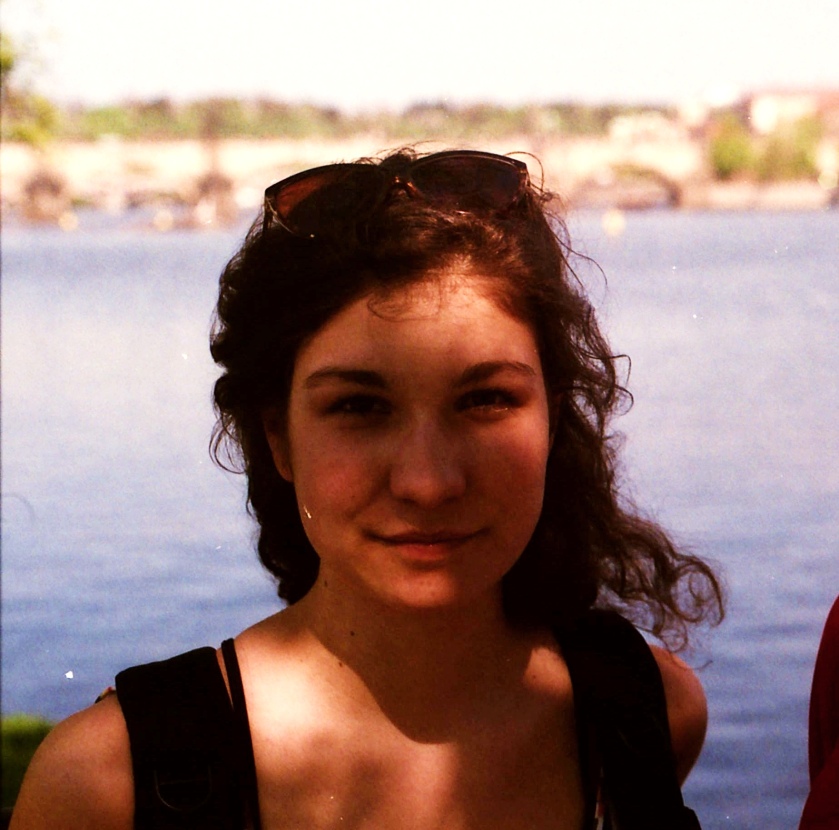 Of all the terrific entries on display recently at the 61st BRNO16 International Short Film Festival, Nora Štrbová’s S P A C E S was perhaps the most moving. In just seven minutes, the animated documentary explores memory from the perspective of her brother, who suffered a rare neurological disorder before his untimely death in his twenties. With a minimalist, hand-crafted style that evokes the glitching memory of its central character, S P A C E S is a poignant blend of artistic medium and heartfelt subject matter.

I spoke to Nora about S P A C E S and her experiences as a filmmaker with my friend Tomáš Hůsek, who helped translate the conversation…

LA & TH: This is clearly a labour of love about a very personal subject, as you directed, wrote, animated and created the art design for the film. What made you choose this style to tell the story?

NS: Well, at the beginning when I was thinking about what the movie is going to be, the idea about the subject matter came to me. The entire style of the film is derived from that original concept. It is a very personal story about my brother who lost his memory because of the brain tumour that eventually caused his death. I wanted to try… after I was no longer able to ask him about it… try to imagine how he might perceive the world without memory, what does it mean to live without memory, and also think about what memory actually is.

I started reading articles, books, stories – both fiction and non-fiction – poetry, everything. From this, I put together a sort of mosaic and the style of the film, which is mosaic-like, actually reflects that. It felt fitting to choose a kaleidoscopic form to show how the human mind and memory works. The more I analysed how memory behaves, the more I found out that it is mostly fragments, even in healthy individuals. It is just fragments saved into memory. Sometimes just emotions or sensations that we once felt during situations rather than the situations themselves – colours, smells, textures etc. So I wanted to create that feeling for the viewer… END_OF_DOCUMENT_TOKEN_TO_BE_REPLACED

Valida Baba is an Azeri filmmaker who has called Prague her home for the past eight years. She uses photography, poetry and dance in her short experimental films to explore her ideas about human relationships and existence. I spoke to her about her work, her influences and her experiences so far in the Czech capital.

Hey, so thanks for making time to speak with me! First off, can you tell me about your first impressions of Prague?

Well, when I was first accepted at FAMU to study photography, I didn’t even know that it was so famous for film and photo! But when I first arrived at the airport I got the feeling of coming home. Of course, Azerbaijan is my home too, but even when I travel abroad now I get the sense of coming home when I return to Prague, and it is such a deep feeling for me, you know?

How does Azerbaijan compare to the Czech Republic culturally?

They are not too similar culturally, because Azeri culture is more like Turkish. However, because we were also part of the Soviet Union we have Russian as a second language, so there are some Slavic influences there.

Prague has become almost synonymous with Hollywood blockbusters over the last few decades, but how does the city treat an indie filmmaker working on smaller projects?

When I was studying at FAMU I could see that there are lots of opportunities to make films here. However, there was always some divide between the Czech community and the foreign community, and I was so introverted to begin with that I found it hard to communicate. I love making films but it felt like there was a border I needed to cross before I could start working with people, which is why I originally did it independently. Then I realised that it’s hard to make a film by yourself, and much easier when you have a team of like-minded people all working towards one goal.

Generally, Czech people are open and willing to collaborate if you are willing to open up to them, so it was my problem to solve, how to be more outgoing with them. Now there are many female film producers coming through who are looking to work with female directors, so it’s easier to start working on a project and take it in the direction to want…