From subterranean lairs beneath Paris opera houses to the belfries of Notre Dame, it’s a story we’ve heard time and time again. Here’s another version – boy is a giant ape from Skull Island who falls in love with a human girl; girl freaks out because the boy is a giant ape who’s carrying her around like a rag doll. Boy snaps a few dinosaur necks to protect her, and the girl suddenly realises he’s just a big sweetie inside. Girl goes back to New York and the boy is captured, goes on a rampage through the city. Boy finds girl again and drags her to the top of the Empire State Building, where gets shot down by some biplanes. Just in case the viewer missed the influence, the original King Kong concludes with the line: “Oh no, it wasn’t the airplanes. It was beauty killed the beast.”

The format first found widespread popularity in Gabrielle-Suzanne Barbot de Villeneuve’s 1740 fairytale, La Belle et la Bête, although the story itself can be traced to much older myths like Cupid and Psyche in the 2nd Century AD – hence the lyric “Tale as old as time” in the Disney version. 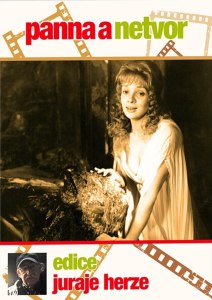 Buy Beauty and the Beast from Amazon HERE

Filmmakers were relatively late in making a movie version of the story, starting with Jean Cocteau’s revered La Belle et la Bête in 1946, widely regarded as the definitive film adaptation of the tale. Then, of course, there was the Disney version, a prized asset in the House of Mouse’s Renaissance in the 90s.

Before and since there have been many other adaptations, including Juraj Herz’s 1978 Panna a Netvor. With Herz, the mastermind behind The Cremator and Morgiana, in charge, it’s safe to say you’re not going to get any singing teapots in this version…