It was a full house at Kino Art for a Friday night screening of Julius Ševčík’s Masaryk (aka A Prominent Patient), and it made uncomfortable viewing. I was about the last one in and had to sit on the front row, one English guy watching a film about how my country sold out Czechoslovakia with a room full of Czechs.

I grew up thinking that we were unconditionally the good guys. In history class, we learnt a little about the Munich Agreement, saw pictures of Neville Chamberlain waving his piece of paper and his infamous “Peace for our time” speech. Our teacher never really got into the human consequences of it – who cared about Czechoslovakia anyway? He just wanted to get to the fun stuff, and it was just a prologue before Winston Churchill sparked up a big cigar and guided us to our Finest Hour.

History is written by the victors, and we were raised on our grandparent’s war stories. Although they all lost friends and family during the war, they always talked about it with pride and nostalgia. Pride in playing their own small part in defeating the Nazis, and nostalgia for the sense of identity and purpose it gave them.

Then I grew up a bit, and found out that we weren’t always the good guys. In fact, there were many occasions when we were the bad guys. That boggled my mind for a while because I’d always been unthinkingly proud of my country’s role in World War II and the world as a whole, and it didn’t occur to me that other countries might not like us very much. Then it dawned on me – perhaps there is a reason no-one votes for us in the Eurovision Song Contest…

It was only when I came to live in the Czech Republic that I found out about the human cost of Britain’s betrayal of Czechoslovakia. Some people I spoke to still felt resentful towards us for that. Of course, the standard response is that it was a necessary evil and bought us enough time to re-arm, without which Britain probably would have fallen to the Nazis as well. If we hadn’t held out, then the Americans might not have joined the war, etc, etc. That’s easy for us to say as victors, but doesn’t always wash with people whose nan and granddad suffered the Nazi occupation first hand. Besides, it’s not necessarily having to put up with the Nazis that was the problem for them – it was the treachery.

So I squirmed all the way through Masaryk, feeling like a hundred sets of eyes were burning lasers on the back of my head. I wanted to jump up in front of the screen and say, “On behalf of my country, I’m sorry!” It was a miserable experience, and I sank further and further into my chair in shame as the film progressed. 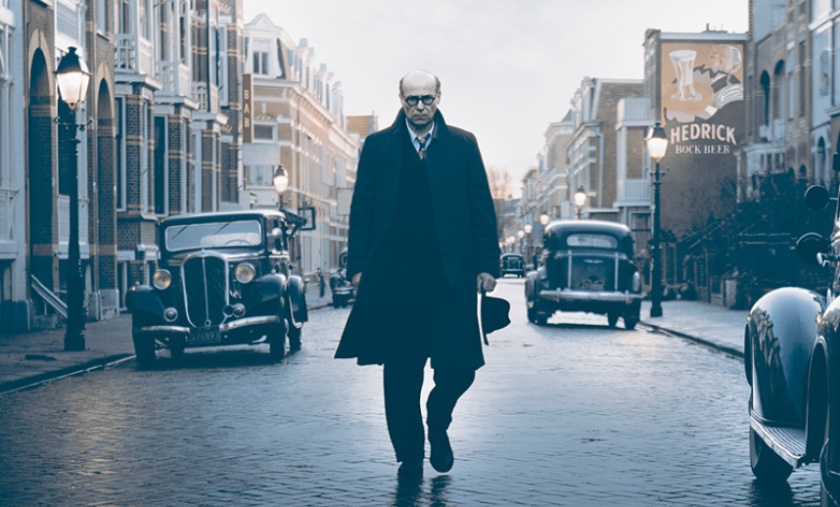 As a film, Masaryk is a mess. It’s a character study of Jan Masaryk, focusing on the few years of his life as a diplomat while the growing crisis in Europe looms. He’s a cokehead, heavy drinker and womaniser, and doesn’t really want to be a diplomat – at one point he says he would rather have been a musician instead. But as the son of the nation’s founder he’s been groomed for the job, and while the film never really delves into why he lives such a hedonistic lifestyle, it suggests that living in his father’s momentous shadow has something to do with it.

The film oscillates confusingly between three timelines – swinging pre-war Prague, Masaryk’s time in London as an ambassador, and a fictional segment set in an American psychiatric hospital, where he confronts his demons and develops an uneasy relationship with his exiled German shrink. It’s fairly normal for a biopic to jump around in time when attempting to portray all of a person’s life, but seems unnecessarily convoluted when focusing on such a short period.

This is perhaps symptomatic of Ševčík’s whole approach to the project. Seemingly worried that audiences will find a film about a diplomatic incident boring he ladles on the style, giving the film a flashy, hollow pizzazz. At times it’s like watching an early Guy Ritchie movie by way of Peaky Blinders. It’s all motion and no heart, never standing still long enough for the gravitas of the situation to sink in. Stylistically it grows progressively more attention deficient until it reaches a point where it feels like the film has been shot by a guy on the end of a bungee rope and edited with a cocktail shaker.

Thankfully Karel Roden, who portrays Masaryk, is in almost every scene. The prolific actor, recognisable to western audiences from his roles in high-profile Hollywood movies like Hellboy and Blade 2, is magnificent. He embraces the role fully, revealing the compassion and intellect beneath the frustrated bon vivant’s playboy exterior. It’s the kind of performance that wins Oscars, if the Academy ever gave awards to actors who aren’t American or British.

Roden is the chief reason to see Masaryk, but curiously his character arc leaves him in the same spot as many protagonists in Czech cinema – that of a bystander.

You can pick up a copy of Masaryk from over at Amazon. Just click this cover art here: