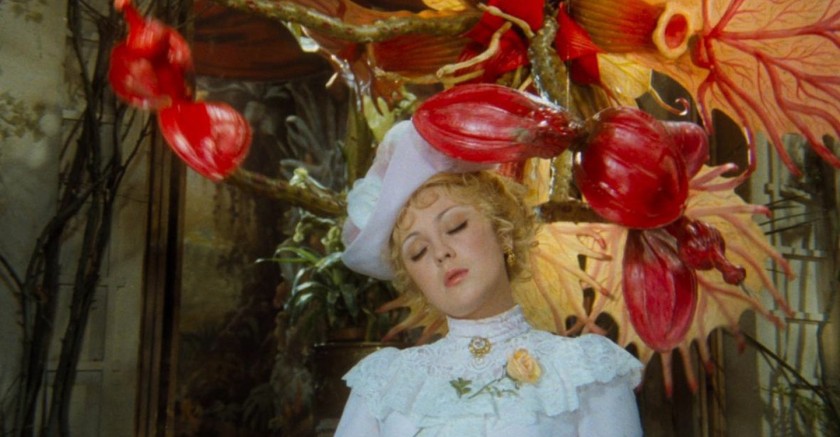 Dora Charleston: Mr Diamond, you have a bullet hole in your back!

Sam Diamond: You should see the other guy.

– Maggie Smith & Peter Falk hamming it up in Murder by Death

The 1970s was a big decade for pastiches of classic detective fiction. Robert Altman brought a slovenly, anachronistic Philip Marlowe into a bohemian, weed-scented Los Angeles in The Long Goodbye; there was a whole raft of reimaginings of the Sherlock Holmes myth, including The Seven-Per-Cent Solution and The Adventure of Sherlock Holmes’ Smarter Brother; Neil Simon brought together a roster of thinly-disguised classic sleuths – Sam Spade, Miss Marple, Charlie Chan, Hercule Poirot and Nick and Nora Charles – in his silly spoof Murder by Death.

Even the Czechs got in on the act, with Oldřich Lipský’s Adele Hasn’t Had Her Dinner Yet (Adéla ještě nevečeřela) resurrecting a gumshoe from an earlier era that I wasn’t familiar with: Nick Carter. 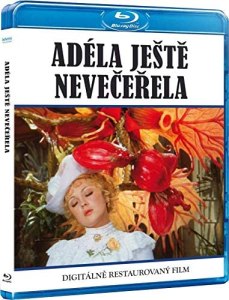 Buy Adele Hasn’t Had Her Dinner Yet from Amazon HERE

Carter is largely unremarkable save for the distinction of preceding Arthur Conan Doyle’s Sherlock Holmes by a year or two, and Lipský, forever playful with western genre fiction, gleefully pits the half-forgotten detective with an antagonist straight out of Little Shop of Horrors. Along the way we also get the director’s goofy sight gags, fabulous steampunk-ish gadgets by Jan Švankmajer, and broad performances from a variety of Czech actors playing the shenanigans with a straight face…

Michal Dočolomanský (also the star of The Mysterious Castle in the Carpathians) plays Nick Carter, “America’s Greatest Detective”, although his abilities are limited to manipulating an array of wacky contraptions that would make Inspector Gadget green with envy, and karate-chopping obstacles and objects such as brick walls, chairs and dressmaker’s mannequins. He’s summoned to Prague (“somewhere in Vienna”) where he falls into step with the redoubtable police commissar Ledvina (Rudolf Hrušínský – The Cremator, Capricious Summer) who, after bonding over several flagons of beer, involves the famous detective in the case of a missing dog. 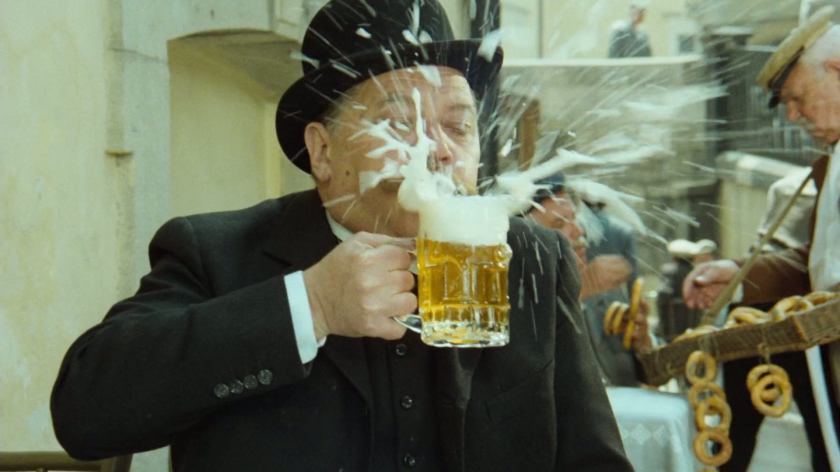 Shady characters are watching Carter, and the mystery revolves around sinister botanist Baron von Kratzmar (Miloš Kopecký) and his carnivorous plant Adele. Adele is a bloodthirsty botanical beast who enjoys a little gramophone music to set the mood for dining. Carter and Ledvina must keep their wits about them and use all the crazy tools at their disposal to bring von Kratzmar to justice…

The mystery itself is little more than a framework for Lipský to go wild with his usual preoccupations, and the film follows the same overall structure as his later celebration of old dark house movies, The Mysterious Castle in the Carpathians.

Dočolomanský looks the part as the ace detective who’s a master at everything – shades of Sherlock Holmes’ vast cavalcade of skills – and gets through the increasingly goofy adventures with a straight face. Hrušínský plays it broader and earthier in the sidekick role and makes a good counterbalance to Dočolomanský’s stoic, unflappable hero.

As funny as the actors are, the real stars of the show are Lipský’s outlandish imagination and Švankmajer’s crazy inventions, which turns Adele Hasn’t Had Her Dinner Yet into a lively, live-action cartoon that lovingly pokes fun at the ripping yarns of old.

One thought on “Adele Hasn’t Had Her Dinner Yet (Adéla ještě nevečeřela) – Oldřich Lipský, 1977”