Unlike where I come from in England, we tend to get long hot summers here in the Czech Republic. The good weather sets in towards the end of April and usually runs through until late September. It’s my ninth summer here now and each year, sometime around late August, when the nights are drawing in and there’s a breath of autumn on the breeze, I’m always struck by a bittersweet feeling. It’s a sense of longing and loss and melancholy, a sensation that has intensified as the years ticked down towards my 40th birthday. Somewhere inside I sigh and think, “Well, that’s another year over.” Followed by a nasty little whisper at the back of my mind, “How many good summers have you got left?”

That bittersweet feeling is captured so beautifully by Jiří Menzel’s Rozmarné Léto. I first saw it very early after we arrived to live in the Czech Republic, and initially I was quite dismissive of it. I hadn’t adjusted to the rhythm and pace of Czech films and to me it felt like a pilot for a sitcom, mainly because of its surface similarity to the long-running British comedy series, Last of the Summer Wine, which followed the shenanigans of three retired blokes in a small town in northern England. 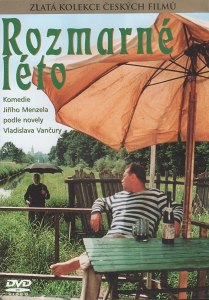 Rozmarné Léto is a perennial favourite in the Czech Republic. It is Menzel’s follow up to his Oscar-nominated Ostře Sledované Vlaky (Closely Watched Trains), adapted from the novel by Vladislav Vančura. It’s a gentle yet neatly observed bedroom face about three old friends whose comfortable boredom is disrupted when a travelling acrobat rolls into town, and each one’s trousers are set a-rustling by his beautiful young assistant.

There is the moustachioed Antonin (Rudolf Hrušínský – The Cremator, My Sweet Little Village) in his swimsuit that resembles a vintage circus strongman’s outfit. He runs a ramshackle swimming baths on the riverbank a short way out of town, and enjoys drinking, eating, swimming while smoking a cigar, and grabbing his female patron’s arses. He doesn’t seem to get many customers, which gives him plenty of time to sit around trading aphorisms and witty barbs with Canon Roch (František Řehák), a pent up, downcast clergyman, and Major Hugo (Vlastimil Brodský – All My Good Countrymen, Larks on a String), a dapper, well-mannered former military man.

Things kick off when Ernie the Conjuror (director Menzel himself) rolls up in his horse-drawn wagon to put on a show, which largely involves doing a series of unconvincing highwire walks in a set of soiled pink long johns. He’s assisted by the beautiful and evidently very attainable Anna (Jana Drchalová), who wastes no time allowing the three older men to woo her. 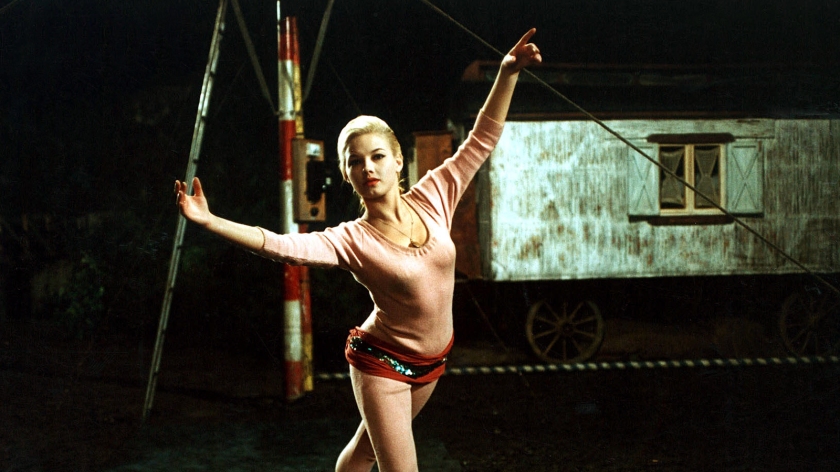 That’s pretty much the extent of the plot, and Rozmarné Léto is a great place to start for viewers interested in exploring the films of the Czech New Wave. It doesn’t require a greater historical context to understand and enjoy, and isn’t as radical or aggressive as something like Sedmikrásky (Daisies). Its themes are universal – ageing, friendship, and men thinking with their dicks.

While not much happens, its simplicity and brevity is the film’s strong point. The characters, while fairly recognisable archetypes are enjoyably embodied by the three lead actors. The film also captures a particular strain of Czech small-town ennui that runs at least as far back as the works of Vančura and Bohumil Hrabal, all the way through to more sour modern films like Miroslav Krobot’s Díra u Hanušovic (Nowhere in Moravia).

After nine years here Rozmarné Léto has come to represent the bittersweet impermanence of summer for me. That daze of summer it casts has come to represent my summers, rafting and camping with friends, wine tasting in the vineyards of South Moravia, cycling in the hills and valleys around Znojmo, swimming and playing in the park with my children, meat on the grill with a beer in my hand and my feet in the grass. How many good summers have I got left in me? Who can say, but while I’m here in the Czech Republic I’ll cherish every one.