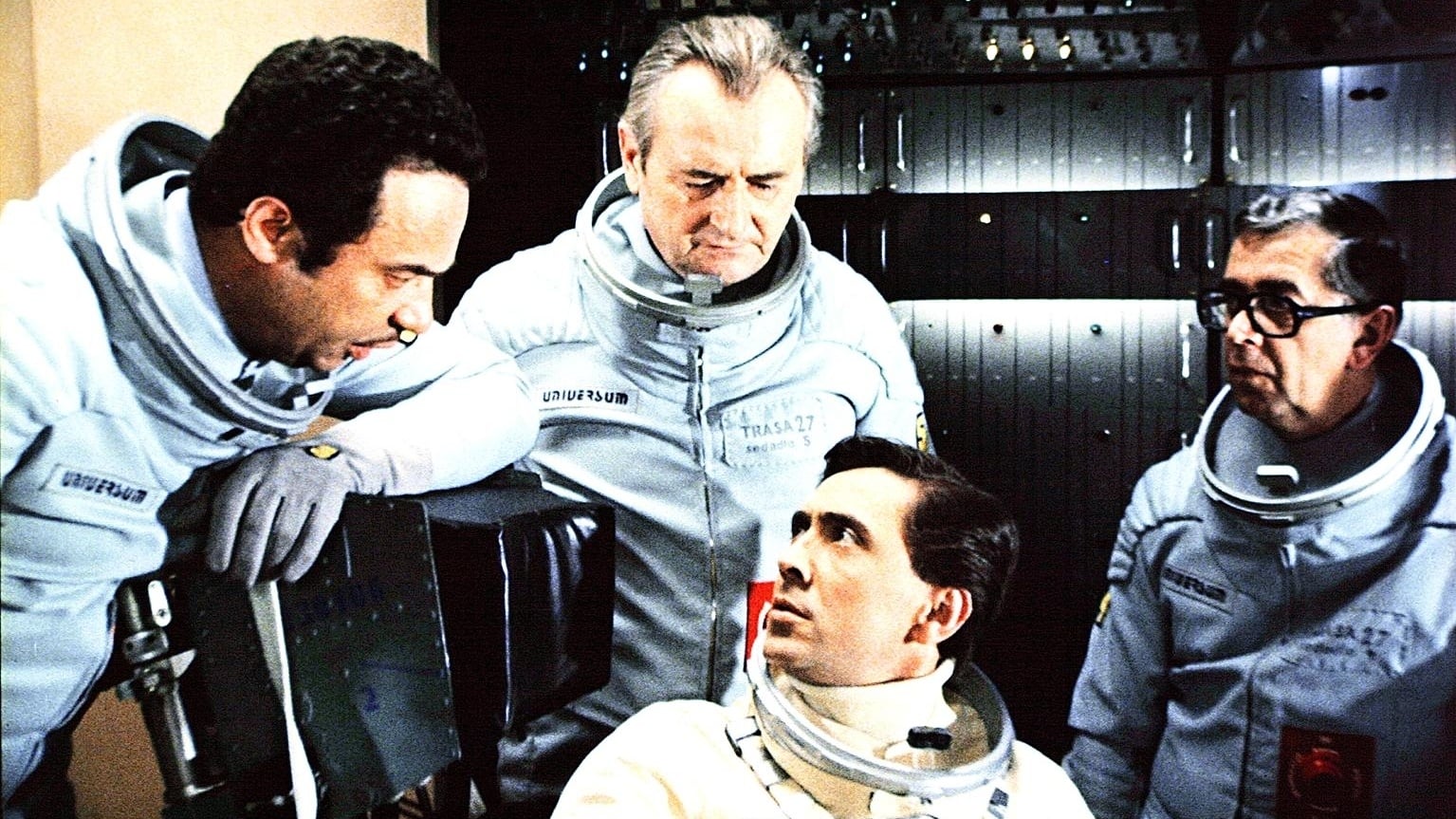 One Saturday night in the early ’80s, a man goes home early from the pub to watch the football highlights on Match of the Day. He settles down in front of the TV with a fresh beer, but the broadcast hasn’t started yet. He turns over to see what’s on the other two channels and drops into a strange film about identical twins, time travel and Nazis.

He becomes so engrossed that he watches to the end, missing the footie. On Monday morning he goes to work and tells his mates about this peculiar film, but no-one knows what he’s talking about. He doesn’t know the title because he missed the start, and trying to elaborate on the plot just makes him sound crazy…

For years the man is puzzled by this curious film. No-one he knows saw it. He even starts to wonder if he imagined it – the vibe of the film certainly felt like a dream. Then, ten or twelve years later, he’s chatting to a new acquaintance when the conversation turns to old TV shows and movies. Once again, our guy brings up this film…

The other guy’s face lights up. “…and there was something to do with scalding tea and green faces…”

“Yes! And a comedy Hitler…”

The film was Tomorrow I’ll Wake Up and Scald Myself with Tea, which screened once on British terrestrial TV one Saturday night in the early ’80s and never aired again. That one-time-only appearance earned it a tiny cult following. For those who were intrigued by it, the film proved incredibly elusive – it never got a home video release in the UK and it was virtually impossible in those days to find a copy, especially with English subtitles.

There’s no other point to me telling this tale other than I like the story, and it seems befitting a film that is such a quirky and charming one-off.

The story is set in the near future, where commercial time travel to historic events is the norm. A bunch of ageing Nazis led by Klaus Abard (Jiří Sovák) hatch a plot to send a handheld hydrogen bomb back in time to help Hitler win World War II.

Meanwhile, their pilot Karel Bureš (Petr Kostka) – who is in on the scheme – chokes to death on a bread roll in his apartment. His sensible twin brother Jan (Kostka again) impulsively decides to assume Karel’s identity, setting into motion a series of comical confusion. Can our hapless hero defeat the Nazis and cover up his twin’s death?

In his earlier film Voyage to the End of the Universe (Ikarie XB-1) Jindřich Polák successfully matched hard sci-fi with more fantastical elements of a utopian future. Here, he blends science fiction with farce to great effect, spinning multiple time paradoxes without getting too hung up on the theoretical science behind it. Neil deGrasse Tyson would probably throw a shit fit, but it makes for a fantastically enjoyable romp.

Like all the best farces, the plot escalates through a series of mishaps and misunderstandings, peaking with a sustained sequence of comic brilliance set in Hitler’s bunker. Without giving too much away, it involves a good old fashioned suitcase switcheroo, green faces, and time-travelling tourists. Sovák’s performance throughout this scene is worth buying the DVD for alone. 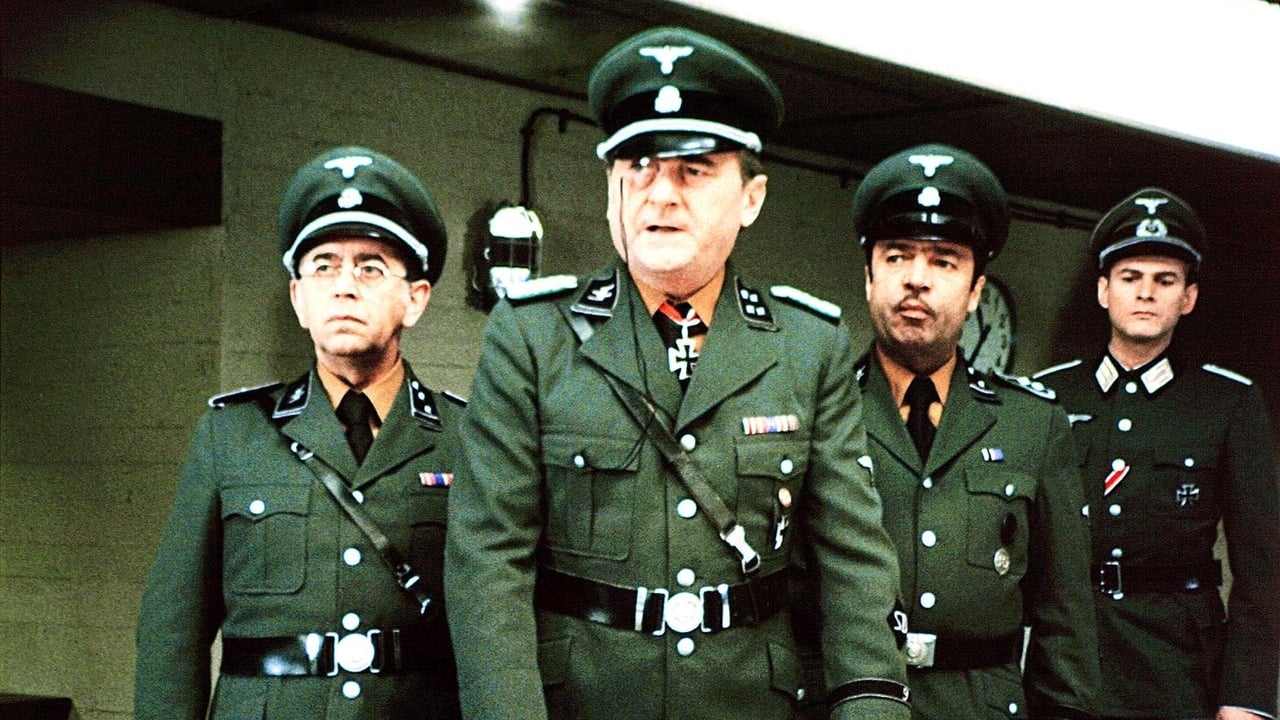 These days we’re inundated with comedy führers, from Inglourious Basterds to Jojo Rabbit, and the endless spoof videos of a ranting Hitler in Downfall. What is surprising about František Vicena’s performance as Hitler in Tomorrow… is that he plays it fairly straight, creating a real character who has one of the film’s truly dramatic moments as he’s presented with video evidence of his eventual defeat.

The whole bunker sequence is so terrific that it dooms the rest of the movie to being merely very good, as Bureš dashes back and forth through time trying to save the day. Kostka makes a solid lead, and his performance is good enough that we’re never confused which version of himself we’re watching at any given time.

The film’s production design is wonderfully kitschy, adding considerable charm to the film. That’s not intended as a backhanded compliment – all the sets, costumes, special effects and Karel Svoboda’s jaunty synth music combine to create a uniquely offbeat atmosphere. It’s an enjoyable movie world to spend time in, and there’s lots of fun with the incidental sci-fi details, such as the time port announcer dressed in era-specific costumes or the washing up liquid that dissolves pesky dirty dishes.

Tomorrow I’ll Wake Up and Scald Myself with Tea is so delightfully naive, funny and unpretentious that it came as an absolute tonic. Personally, I’ve become bored with Christopher Nolan’s obsessive tinkering with time and annoyed by films like Primer or Predestination which you have to draw yourself a diagram afterwards to figure it out. It’s still not the easiest movie to track down, but if you’re bored with modern time travel movies as well, it’s worth the effort. It’s an absolute blast.

This review was originally published by the Prague Daily Monitor.

One thought on “Tomorrow I’ll Wake Up and Scald Myself with Tea (Zítra vstanu a opařím se čajem) – Jindřich Polák, 1977”