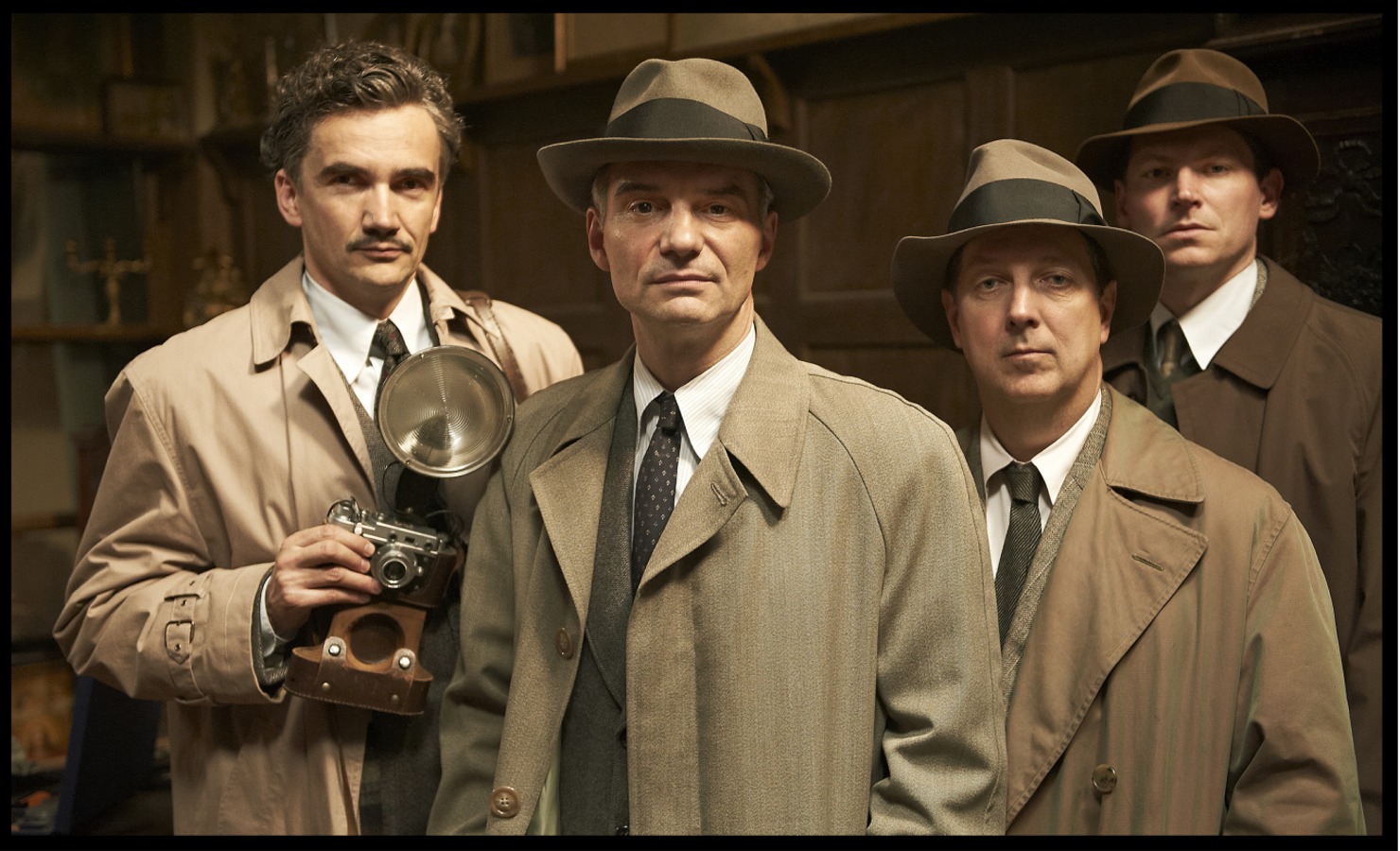 Around the time U.S. Senator Joseph McCarthy was fervently whipping up fear of Communism during the Red Scares of the 40s and 50s, the Communist Party of Czechoslovakia was conducting witch hunts of its own. The purpose of these show trials was twofold – to trick citizens into believing that the country was under threat from real and imagined enemies, and to frighten the populace into staying in line while the regime consolidated its power. Over 250 people were executed as a direct result, while many others were incarcerated or sent to work camps.

In the Shadow is a sombre paranoid thriller set against this backdrop of fear and intimidation, in the run-up to the devaluation of the country’s currency which left many Czechs and Slovaks facing financial hardship.

It might seem churlish to call it a paranoid thriller when the regime really was oppressing, torturing and vanishing people, but I mean it in a positive sense. The film is in the tradition of the classic American paranoid thrillers of the 70s, like The Parallax View, The Conversation or Three Days of the Condor. It also recalls Chinatown with its period setting, noir-ish touches and a larger public scandal running in the background. And, in evoking the Hollywood style, it plays more like a straightforward thriller than a typical low-key Czech movie. With more violence, too. 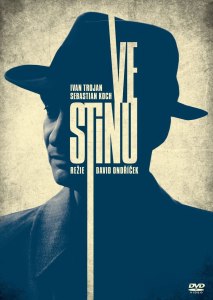 Buy your copy of In the Shadow from Amazon HERE

The film opens on a dark rainy night where we meet with two small-time crooks as they break into an office and rob a stash of gold and jewels from a safe. It seems a fairly straightforward case for Captain Jarda Hakl (Ivan Trojan), the methodical detective assigned to investigate. However, a planted clue leads him to another “suspect” instead, a middle-aged Jewish chap named Kirsch (played with hunted intensity by Miroslav Krobot).

Hakl smells B.S. straight away as Kirsch’s alibi holds up – he was locked up in a drunk tank on the night of the robbery. Nevertheless, the patsy confesses to the crime and State Security agents muscle into the case. To further stoke his suspicions, a German agent called Zenke (Sebastian Koch, who also starred in the similarly-themed The Lives of Others) takes up residence in Hakl’s apartment building and seems to pay more attention to his wife and kid than he does… 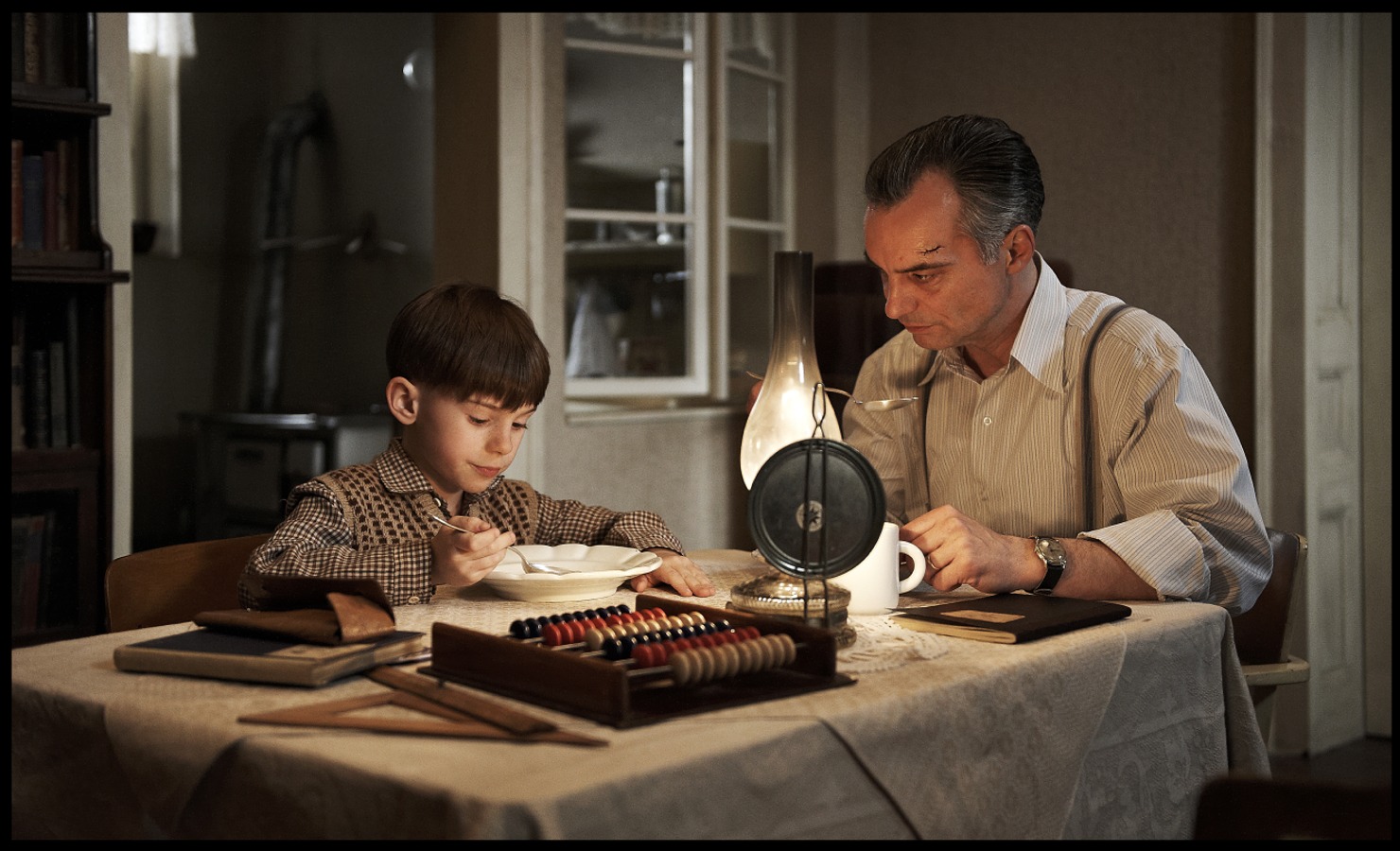 What originally seemed like an open-and-shut case deepens into a larger conspiracy aimed at eliminating several innocent Jewish citizens. As the bodies pile up and sinister characters lurk in the shadows, can the honest detective bring the scandal out into the open without risking the lives of himself and his family?

The outcome of the mystery won’t come as a huge surprise to anyone who has seen a paranoid thriller before and/or knows a little bit about how oppressive regimes ruthlessly shut down anyone who poses a threat. The strength of In the Shadow lies in its slow-burn storytelling, which is carefully and deliberately unfolded by director Ondříček, and its superb craft. The film is beautifully shot by Adam Sikora who really emphasises the noir elements of the story, indulging in the deepest, inkiest blacks at the darkest end of a gloomy but rich palette. The crisp photography combines with marvellous production design to create a vivid recreation of early-50s Prague at a time of great political turbulence.

Ivan Trojan – looking a little like David Byrne from Talking Heads – is a dependable lead, playing Hakl with a low-key determination and transparent integrity that keeps you rooting for him as he willingly ensnares himself in the evil machinations of the State. Sebastian Koch, the German Major with eyes on both the case and the Czech detective’s movements, plays Zenke with understated menace and a hint of deep sorrow – yes, he’s one of those troubled characters with a dark history. 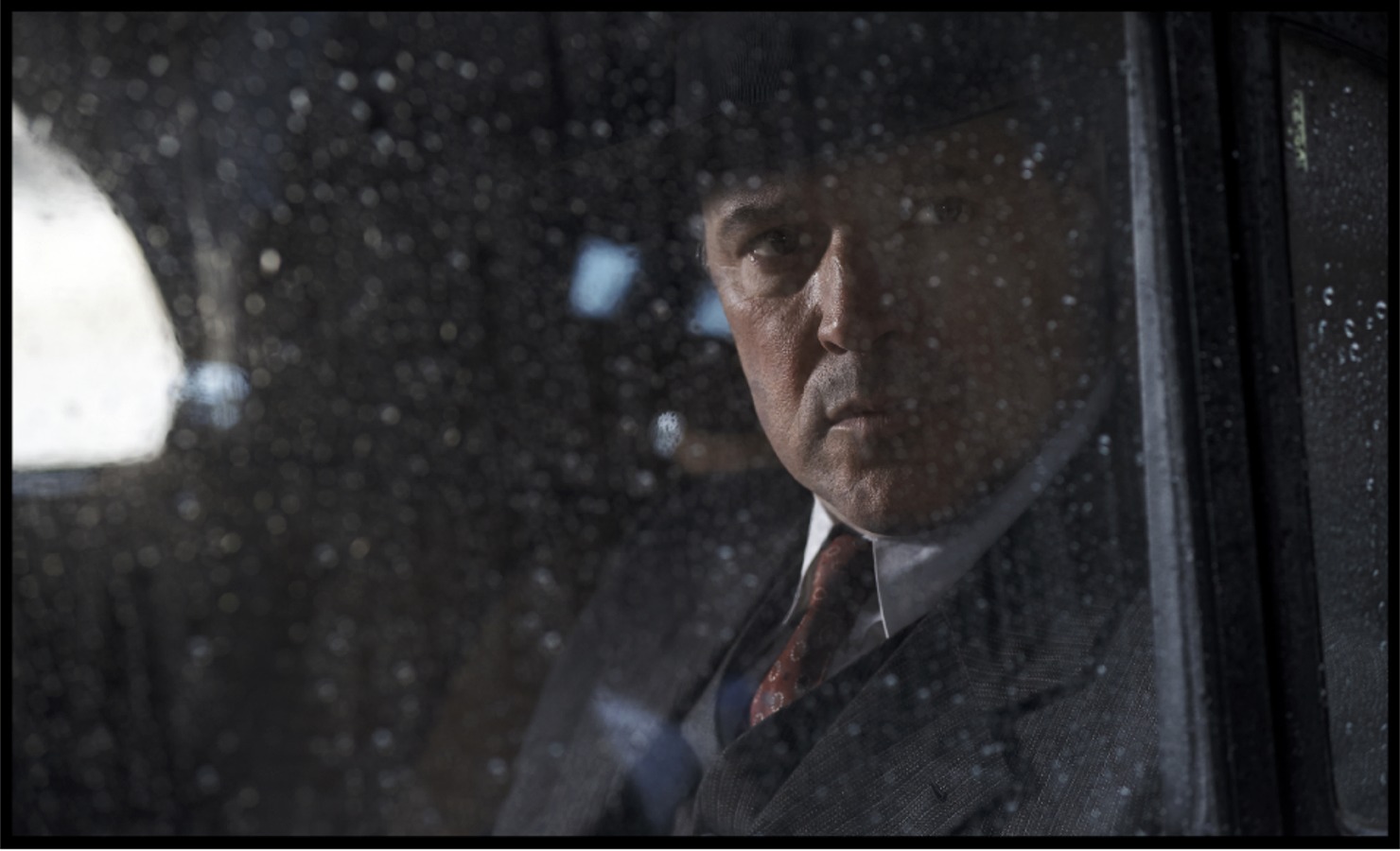 And yet, for all its strong points and atypical jolts of violence, In the Shadow is just a little bit dull. It made me think back to comments made in response to my review for Once Upon a Time in Paradise last week, where readers were lamenting the lack of quality in newer Czech films. The acting talent is clearly still available, the technical aspects are often immaculate, and there are plenty of solid movies from the last two decades. Some look very handsome indeed when you consider how modest their budgets were compared to films made in other countries. Yet the sad fact is that they often lack the verve, artistry, charm, eloquence, lyricism, individuality or whatever superlatives you care to give the classic films from the country’s cinematic heyday of the 60s and 70s.

So, yeah. In the Shadow is a very solid film, winner of nine Czech Lion trophies and the Czech entry to the 85th Academy Awards, where it wouldn’t have looked out of place in that year’s Best Foreign Film selection. It is definitely worth your time, especially if you have an interest in the Communist era and the country’s history. Just don’t expect it to knock your socks off or linger very long in the memory.

In the Shadow is showing on Czech Netflix at the time of writing. This review was originally published by the Prague Daily Monitor.