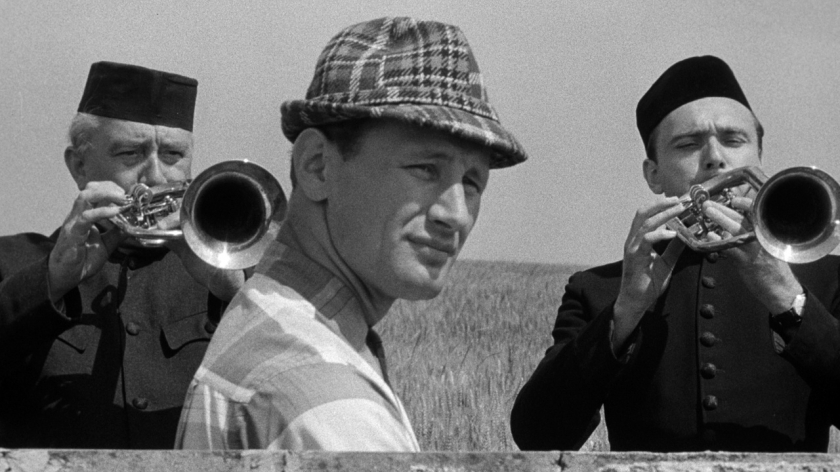 I recently moved from Brno to a small village of about 500 people, which is something I thought I’d never do. I’ve always loved the city and the countryside freaks me out. Sometimes I get spooked when I’m out trudging the lanes and wood trying to fill in the blanks around me – it is the absence of people that makes it so unnerving. Occasionally I’ll stumble upon a cross or a shrine set starkly against a frozen cornfield or a big empty sky, and it seems more imposing than the huge churches and cathedrals that get a little lost in the hustle and bustle of city life.

Out in the countryside, it feels like mankind has sprouted out of the earth along with their dwellings over the millennia. In the dark months of winter, the village air is full of woodsmoke. It’s the first time I have really thought about the fact that people grow trees just to chop them down and burn them to keep warm. Similarly, some village folk grow their own creatures to kill, disembowel and eat. It all seems a bit medieval after a lifetime of central heating and buying pre-murdered supermarket chickens in the same way I might choose an apple, checking for size, shape and blemishes before dropping one into my basket.

Buy your copy of Intimate Lighting from Amazon HERE

These observations bring me, in a roundabout way, to Intimate Lighting. The divide between city and the village seems more sharply felt in the Czech Republic than back home in the UK, and many Czech films revolve around this dichotomy. One of the aspects I enjoyed most about Passer’s mini-masterpiece is how it explores this theme in such a hushed, minutely detailed way…

Set over a summer weekend, Petr (Zdeněk Bezušek), a cello player from Prague, returns to the village where he grew up to visit his old friend, Bambas (Karel Blažek). Bambas is headmaster at the local school and plays in the amateur orchestra in his spare time, as well as performing at funerals with granddad (Jan Vostrčil). Petr brings along his girlfriend, Štěpa (Věra Křesadlová), an attractive but immature city girl who seems about 10 – 15 years younger than him. The Bambas household is pretty full already, with his wife, two small kids and the grandparents all living under one roof.

Between an opening scene of an orchestra rehearsing for a concert and – spoiler alert – a closing scene of a family drinking homemade eggnog, there is very little in the way of traditional drama. Like the films of Ozu, so much exists in the spaces between words and what conversations imply, as the family settles into the comfortable groove of small talk and bickering, the kind common among people who have known each other for a lifetime.

Bambas cuts a slightly frustrated figure as a man who has built a pleasant life for himself but feels a little trapped, and wonders if he could have made more of his musical talent. Petr, by contrast, is more successful artistically, and he is the more laid back of the two. Having said that, the guy is pushing forty and Štěpa does seem a bit young for him – in the modern Hollywood equivalent, he’s the character approaching a midlife crisis who has started dating a hot young gym instructor.

Štěpa is perhaps the most interesting character, and the film’s theme of city vs country is encapsulated by her stay in the village. Křesadlová plays her with an appealing mix of vivacity and naivety, and while Petr easily slots back into the rhythms of country life, she does not fit in. She is welcomed to the home but not embraced by the family, and she is left to her own devices while the rest catch up and practice with their instruments. She doesn’t exactly do herself any favours, having a laughing fit in the middle of lunch and barely concealing a childish smirk while chatting with granny. Everyone, including her boyfriend Petr, seems to regard her as a silly and insincere city dweller.

The vast difference between her lifestyle and the rural folk she meets is summed up in two scenes. While sitting in a car she watches a group of elderly farm women walking past, then becomes nervous when they return her gaze unapologetically. They may share the same sex but they have virtually nothing in common, and that difference unnerves her.

Second, when the men indoors are practising a Mozart concerto, she encounters a mentally disabled farmhand at the garden fence. He knows she is way out of his league but he chances his arm anyway; she knows it too, and playfully toys with him. Their worlds are light years apart, and they both know it.

Music is ever-present throughout the film, and it is a source of comfort and connection between the male characters, who all play instruments. There is a lovely scene late at night when Bambas and Petr sit listening to classical music on the radio while drinking slivovice, idly talking about running away and living a life on the road, playing music wherever they can get a gig. Neither believes they will do it but it’s like a ritual they enjoy performing, and the tenderness between the two old friends in this scene is so warm and intimate.

All the small, seemingly insignificant details in Intimate Lighting have a cumulative effect, creating a glorious portrait of ordinariness. To match the modesty of the story, the film is also simply but gorgeously shot in silky black and white. The whole cast are resolutely natural in their performances, but perhaps the most notable work comes from Jan Vostrčil as the sceptical grandfather with an eye for beautiful women and a tendency to say things like “You could travel the world with one sad song” and “If this car ran on tears…” He’s a regular face from the Czech New Wave and always provides towering support no matter how small the role.

Intimate Lighting is a beautifully crafted work of art with a perfect title, one that captures the closeness of the characters and the gently illuminating nature of its themes. It is a film that very specific to its time and setting, but one that feels completely universal.

This article was first published by the Prague Daily Monitor. Intimate Lighting is showing on Czech Netflix at the time of writing.