There’s an underseen film called The Navigator: A Medieval Odyssey, where some English miners from the Middle Ages tunnel through the earth and emerge in modern-day New Zealand. Watching Marketa Lazarová feels a bit like that in reverse – you leave your comfortable 21st-century life behind for a few hours and pop up in medieval Bohemia.

Director František Vláčil (Adelheid, The White Dove) spent around two years filming on location, which meant his cast and crew were afforded barely much more luxury than the story’s characters. Few films have such a feeling of history – not in the studious sense of dates and places, but of deep dark waters of time rolling beneath the keel of the present day’s unsteady ship. 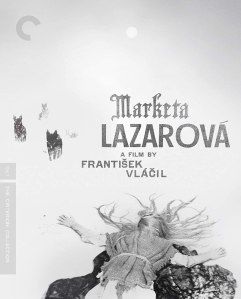 Few films also match Marketa Lazarová‘s dazzling visuals with such authentic production values, so while the virtuosity of Vláčil’s film making often distracts from the story, the credibility of its setting is never in doubt.

Based on the novel by Vladislav Vančura, which in turn was based on an ancient Czech legend, the film declares itself a “Rhapsody” on the title card. That might seem a little precious, but Vláčil is a director who freely admits to valuing visuals over story, and by dispensing with most conventional narrative techniques creates a film that is both lyrical and rhapsodic. It is perhaps best enjoyed if you can forget the story and surrender yourself to it as a purely sensory experience…

END_OF_DOCUMENT_TOKEN_TO_BE_REPLACED

Are you new to blogging, and do you want step-by-step guidance on how to publish and grow your blog? Learn more about our new Blogging for Beginners course and get 50% off through December 10th.

WordPress.com is excited to announce our newest offering: a course just for beginning bloggers where you’ll learn everything you need to know about blogging from the most trusted experts in the industry. We have helped millions of blogs get up and running, we know what works, and we want you to to know everything we know. This course provides all the fundamental skills and inspiration you need to get your blog started, an interactive community forum, and content updated annually.

Pelíšky (Cosy Dens) is an immensely satisfying tragicomedy set in the months preceding the fateful Prague Spring of 1968. It’s a robust family drama featuring some wonderfully poignant comic performances from a formidable cast of Czech and Slovak character actors.

The picture opens in the winter of ’67, and lovelorn teenager Michal  Šebek (Michael Beran) wants to end it all. He is hopelessly in love with his upstairs neighbour Jindřiška (Kristýna Nováková). The trouble is, she is going out with his much cooler mate Elien (Ondřej Brousek), who gets all the latest movies, music and fashion from his parents living in the States. 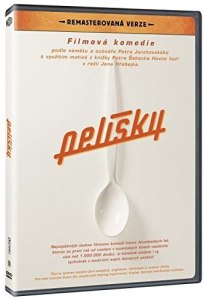 Buy your copy of Cosy Dens from Amazon HERE

To make matters worse, her father, Mr Kraus (Jiří Kodet) is a rabid anti-communist and war hero and often has flaming rows with Michal’s own father. Mr Šebek (Miroslav Donutil, The Inheritance or Fuckoffguysgoodday) is a staunch supporter of the Communist government, an army officer so petty and regimented that he types out a weekly menu for his family.

END_OF_DOCUMENT_TOKEN_TO_BE_REPLACED

Living here in Brno, Czech Republic, I’ve spoken to many other expats over the years about Czech film. Most don’t watch them – sure, they’ve seen a few of the biggies, but generally people don’t bother unless they have to. They tend to find them slow, boring and difficult to engage with, and Czech humour doesn’t seem to translate well on film – to those not on the right wavelength (and I include myself in that category), it tends to be a little too bitter and deadpan, or too broad and nostalgic.

As a Brit, the former usually works better for me, as our own humour tends toward the straight-faced and understated, whereas the broadest excesses of Czech comedy reminds me more of the bawdiness of our 70s sex farces.

The Elementary School (Obecná škola) is a sweet-natured coming-of-age tale set just after WWII, “after the Fascists have been defeated, and before the Communists have won.” It swings towards the broad and nostalgic end of the Czech comedy spectrum, but is a genuinely funny movie. Oscar-winning director Jan Svěrák (Kolja, Dark Blue World) demonstrates a deft touch for slapstick and draws excellent comic performances from his small cast.

END_OF_DOCUMENT_TOKEN_TO_BE_REPLACED

Miroslav Krobot’s morosely funny Nowhere in Moravia is a downbeat portrayal of small lives, set in a tiny village where life takes forever.

The opening hours of the local hospoda marks the passing of time, and there are two main ways out – by bus and by coffin. Buses aren’t very frequent, so the villagers eat, drink and screw the days away until death finally comes along to relieve them of their boredom.

If you think that sounds pretty grim, then you’re right – it is.

Having said that, I laughed far more during Nowhere in Moravia than I do in most mainstream American comedies these days, and there is much joy to be had from the bric-a-brac of ordinary life tucked in the corners of cinematographer Jan Baset Střítežský’s gorgeous compositions.

Some of the more farcical elements could be straight from the pages of Hrabal, and a thread of small-town ennui traces back at least as far as Rozmarné léto (Capricious Summer), although the bittersweet fatalism of Menzel’s work curdles into outright pessimism in Krobot’s film debut.

END_OF_DOCUMENT_TOKEN_TO_BE_REPLACED

Jiří Menzel’s Closely Watched Trains (Ostře sledované vlaky) is probably one of the best known Czech films beyond the country’s borders, having won the Oscar for Best Foreign Language Film in 1968. Adapted from Bohumil Hrabal’s slender novel, it was also the first Czech movie I saw by a long way, years before the idea of even visiting the country crossed my mind, let alone immigrating here.

I was pretty underwhelmed on first viewing – it was when I was first getting heavily into film, after the treble-whammy of Pulp Fiction, Seven and Trainspotting first made me conscious that there was a director behind the camera making decisions resulting in the movie I saw up there on the big screen.

I could handle the nonlinear structure of QT’s early efforts, but struggled a bit with the rhythm and pace of my first Czech movie – having been brought up on a diet of largely British and American films, usually with a distinct beginning, middle and end, Closely Watched Trains seemed a lot like all middle with a little bit of end.