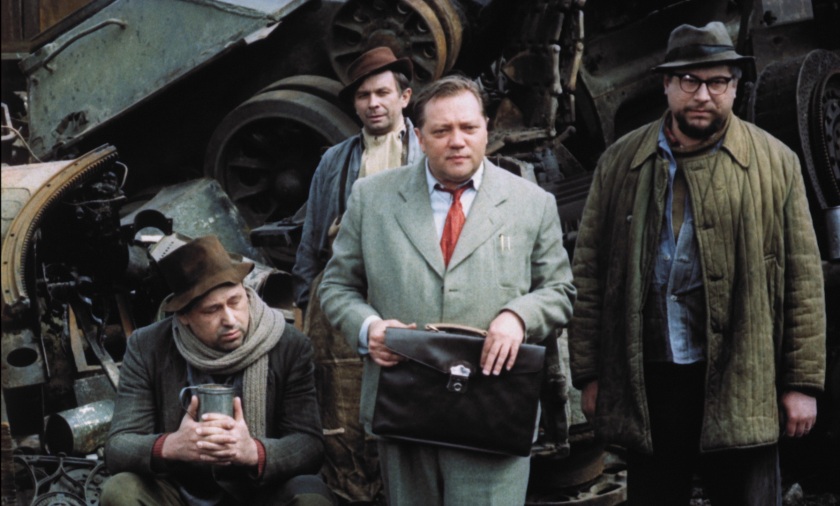 Banned for over twenty years and only released after the Velvet Revolution, Jiří Menzel’s Larks on a String is a film out of time. It was one of the director’s more overtly critical works in the ’60s, openly sarcastic about the Communist regime in Czechoslovakia. As a result, it endured censure and became a valuable relic of the grim post-Prague Spring era, lacking the timelessness of Menzel’s more gently comedic films of the period.

It’s a shame that it has dated in comparison to the likes of Closely Watched Trains (Ostře sledované vlaky) and Capricious Summer (Rozmarné léto), because as well as ripping the piss out of the petty bureaucrats and their dim-witted slogans (“We’ll pour our peaceful steel down the imperialist war-mongers’ throat!”) it is also an extremely tender and poignant film.

Buy Larks on a String from Amazon HERE

Set in a huge scrapyard in the Bohemian town of Kladno in the ’50s, the story centres around a group of so-called dissidents and counter-revolutionaries, sent by the authorities for re-education among the piles of broken typewriters and twisted wrought-iron bedsteads. They’re a mostly meek and browbeaten bunch, resigned to shuffling about among the mountains of waste, having philosophical discussions and sneaking a peek at the group of women detained for attempted defection across the fence…